These caramelized nuts are proof that us cooks just love coming up with our own stuff. Getting ready-made dishes is just not enough anymore and with time, we become addicted to trying things out by ourselves. Jean, our beloved guest Chef here on Breadonbutter, fits this description exactly. He slowly became the type of cook who can’t even think of not making his own ingredients and recipes. So yesterday, he decided to make his own caramelized nuts recipe on a cheese and wine night in, and he brought to it a delicious twist. I found it to be an excellent addition to the holiday Christmas treats around the house and a great idea for elegant and tasty party food when you’re hosting a party.

Here’s the recipe of these delicious Christmas treats. 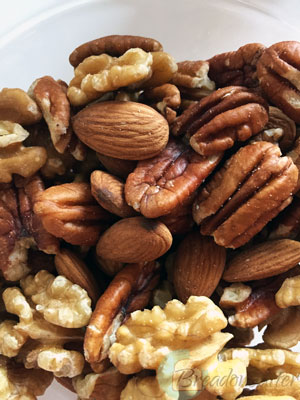 1) Preheat the oven at 180 degrees celsius

2) In a bowl, mis the raw nuts with the syrup, olive oil, herbs and cayenne pepper 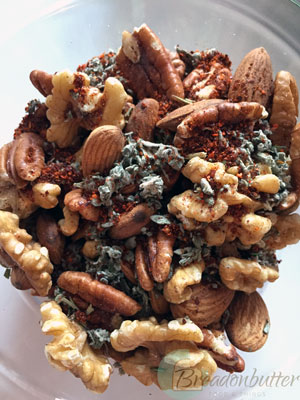 3) Spread the tossed nuts on a baking sheet and bake them for 15 minutes, stirring occasionally until brown 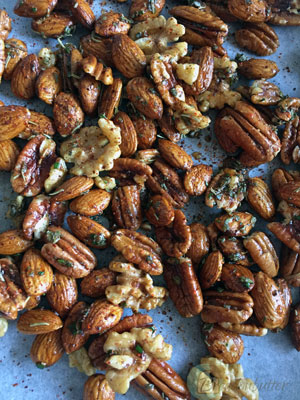 4) When they’re out of the oven, season with salt and pepper and toss them until cooled 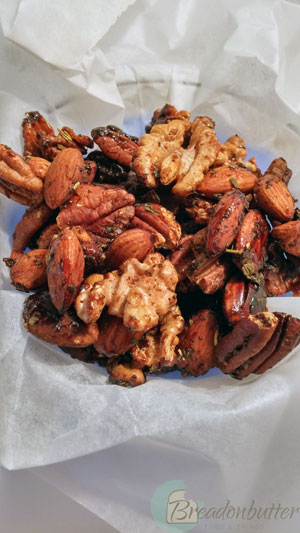 You can make them and use them for 2 whole weeks, provided you reserve them in an airtight container.

A very easy recipe that brings a twist to your Holiday food traditions! 🙂 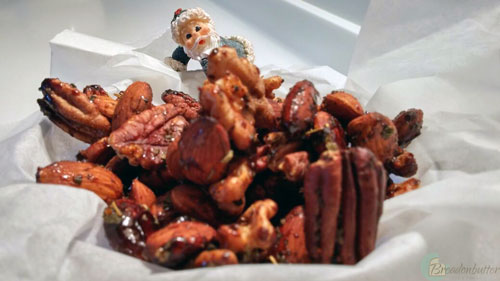 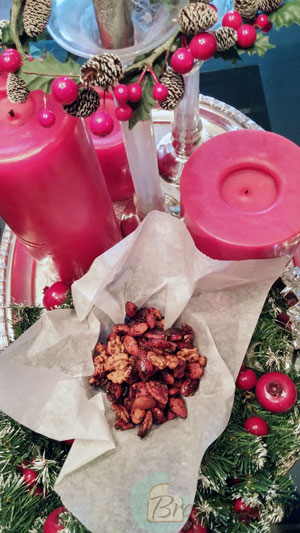 What do you think?

We Lebanese, are proud to be familiar with the meaning of a “tabkha”. Ask any Lebanese child – even well after he’s matured into a well-grown adult over 60 – to define a “tabkha”, he or she will label it as warm, fulfilling, healthy, homey and safe. It’s the purest form of home food. Food you crave when you’ve been out there too long and need to slow down for a while.

A lot of “tabkhas” consist of stuffed food: stuffed vine leaves, stuffed zucchinis, stuffed meat, etc..and one of my favorites ever, is “Sheikh el Mehshe”. ‘Sheik’ can have the meaning of king and ‘mehshe’ means stuffed. So roughly translated, the dish is called the king of stuffed :). After doing a little research, we found that eggplants (the vegetable used for this dish) had actually been judged to be the best food to stuff (i.e. the tastiest), hence the name.

This recipe is dedicated to my expat sister and friends who might be craving some comfort food. The good news is that it’s really easy to make! It’s a no fuss no muss recipe you can whip out in no time. Being responsible for our own comfort food as well, we found it to be easier than expected 🙂 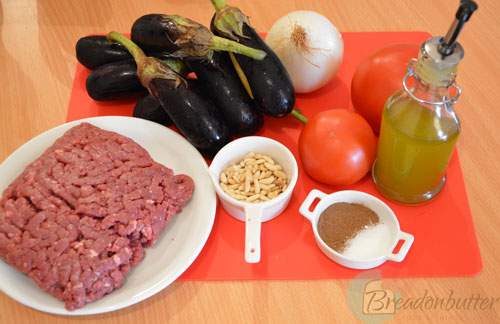 1) Cut the eggplants in the middle (but not till the end), sprinkle 2 tablespoons of vegetable oil in a pan and place them in the oven until they are golden 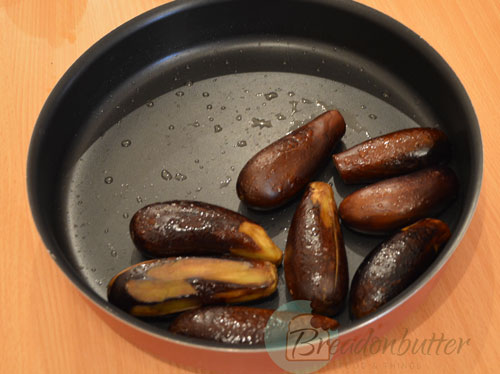 2) In a casserole, heat the diced onions and tomatoes with 1 tablespoon of vegetable oil. Then add the meat and the pine nuts, season, and cook 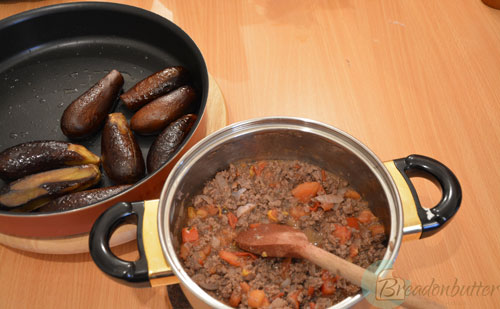 3) Add the meat mix on top of the grilled eggplants and top it all with the tomato juice. Season and add olive oil 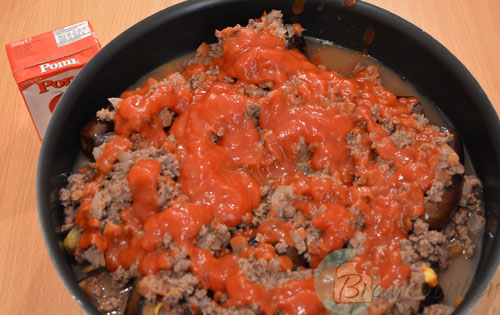 4) Heat on medium fire until the eggplants are fully cooked 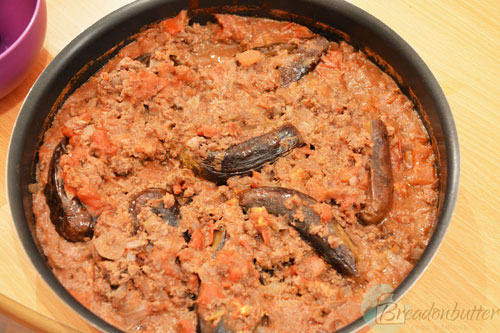 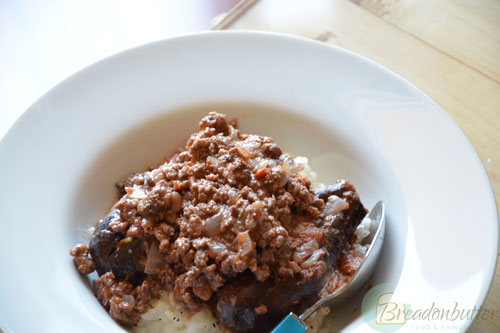 Two nights ago, while watching one of the World Cup games (Greece vs. Columbia), a nice tiramisu was all we could think about to complete this Saturday night in front of the TV. But because getting the mixer out and whipping some cream and sugar to make it was out of the question, we used ice cream instead of the whole mix, and it was – dare I say it – tastier than your regular tiramisu.

So set your watches people! Because this tiramisu literally takes 2 minutes to do. We already had everything: the sponge fingers, the coffee, the ice cream and the cocoa powder. All we had to do was layer them all in the right way. So here’s the full recipe: 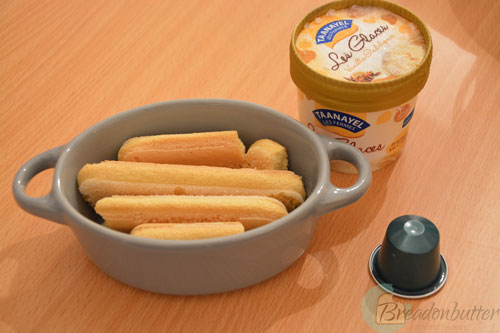 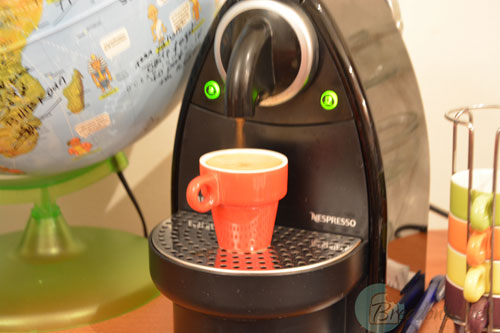 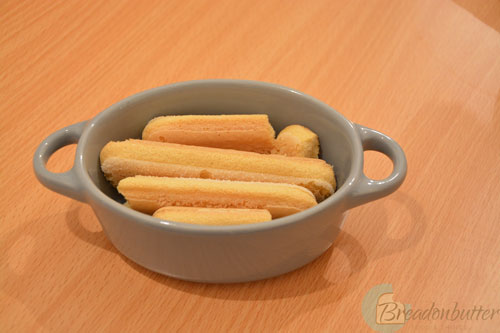 2) Pour the hot espresso shot over them 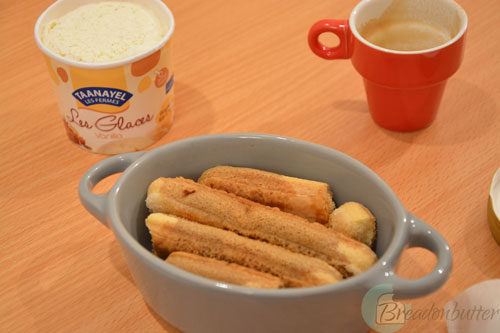 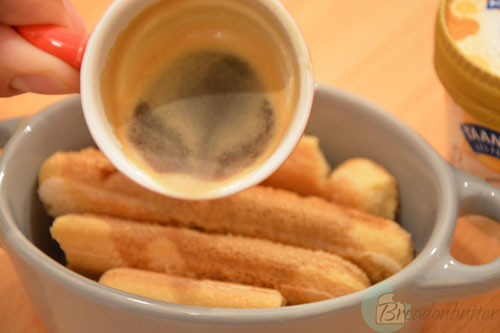 3) Top it all off with ice cream 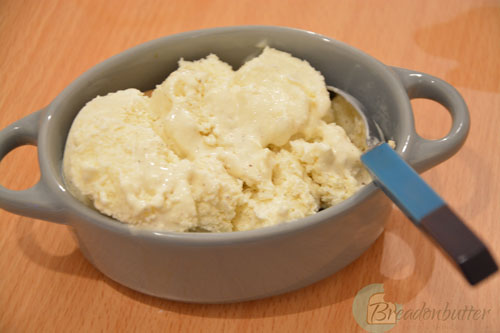 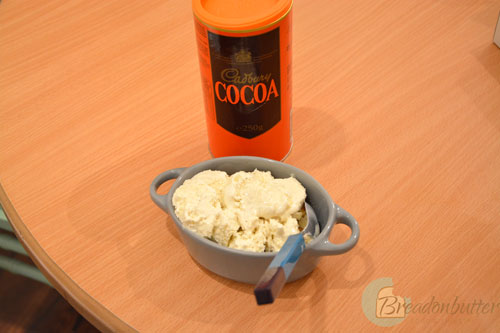 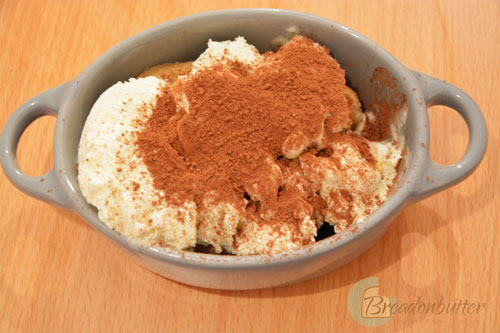 Enjoy every spoonful while cheering your favorite team on!

P.S.: I’d love to know who you’re all supporting!